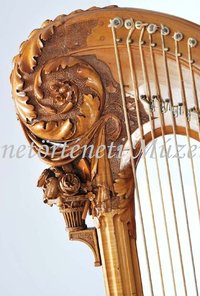 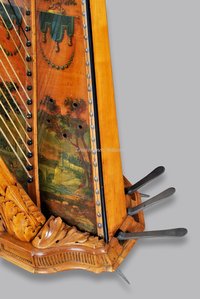 HARP, between 1775 and 1780, Paris
Label: holtz...ann a pa... (=Holtzmann a Paris)
Single action pedalharp with hook mechanism (système à crochet), furnished with 40 gut strings – four of which are later additions – tuned in Eb major. Compass: C–g4
The HOLTZMANN workshop was founded in Paris in the reign of Louis XV and its activity came to an end at the outburst of the French revolution. Contemporary sources list the workshop among the best Parisian harp-makers of 18th century. 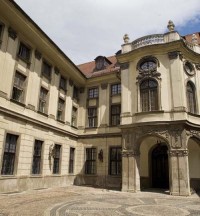 Object from: Museum of Music History

- Since its foundation in 1969, the Institute of Music of the Hungarian Academy of Arts and Sciences has been collecting objects related to the ...

Cite this page
CC-BY-NC-SA @ Museum of Music History
The textual information presented here is free for non-commercial usage if the source is named. (Creative Commons Lizenz 3.0, by-nc-sa) Please name as source not only the internet representation but also the name of the museum.
Rights for the images are shown below the large images (which are accessible by clicking on the smaller images). If nothing different is mentioned there the same regulation as for textual information applies.
Any commercial usage of text or image demands communication with the museum.