This stele was purchased by Count Waldstein in Luxor. Its original owner Noferhaut, an officer of pharaoh Thutmosis III, set up the stele as a votive gift to the god Amun-Re. Noferhaut was chief of the medjai-troops (a type of desert police) and overseer of the foreign lands.In the upper section of the stele an offering scene is depicted: Thutmosis III, Noferhaut’s lord, is shown offering papyrus and lotus flowers to the god Amun-Re, king of the gods, whose figure appears seated on a throne in front of an altar. In the lower section, the text of a hymn can be read. The hymn is addressed to Amun by Noferhaut, who is shown in front of the text with his arms lifted in adoration, and with various animals (fowl, gazelles and fish) hanging from a stick over his shoulders. The depicted animals are offerings to the god, and represent the entire cosmos (sky, earth and water) under the authority of Amun, and are also symbols of localities (marshland, desert, and water) which were regarded by the Egyptians as homes for the forces of chaos. By presenting these symbolic animals to Amun, Noferhaut affirms that he has fulfilled the task entrusted to him by the king, and seen to it that the desert and foreign regions are integrated into the ordered world ruled by Thutmosis III.Katalin Kóthay 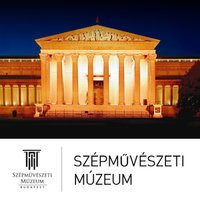