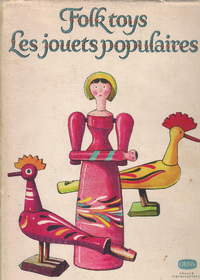 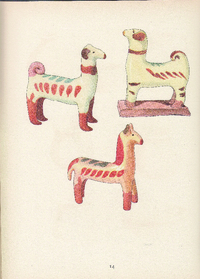 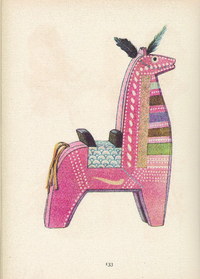 In the past, the folk-toy has usually been neglected by ethnographists as being too insignificant and too trifling a thing to be deserving of their attention.
The folk-toy occupied the humblest place in the scale of folk-creation, and was regarded with something very like contempt. This work is an attempt to right that wrong.
Technical development, industrialization, the growth of communications and the resulting closer relations and interchange of cultural values between town and country, have created conditions unfavourable to the survival
of folk-toy production.

CC-BY-NC-SA @ Szent István Király Múzeum - Hetedhét Játékmúzeum, Székesfehérvár
The textual information presented here is free for non-commercial usage if the source is named. (Creative Commons Lizenz 3.0, by-nc-sa) Please name as source not only the internet representation but also the name of the museum.
Rights for the images are shown below the large images (which are accessible by clicking on the smaller images). If nothing different is mentioned there the same regulation as for textual information applies.
Any commercial usage of text or image demands communication with the museum.